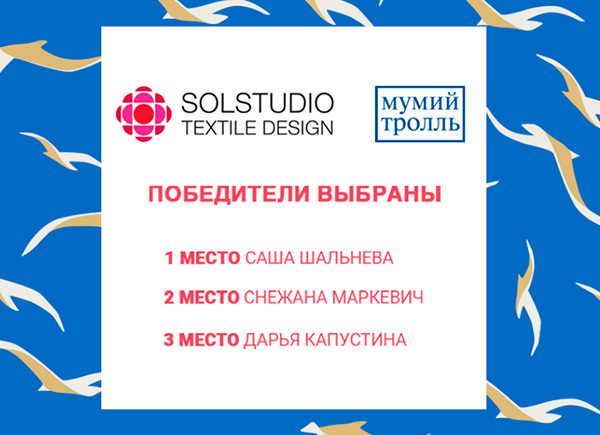 Within one month 255 participants from Russia, Ukraine and Belarus submitted their works, the jury looked through more than 700 works. Beginning artists and fans of Mumiy Troll band, which were inspired by the competition task, took part in the competition.

1st place, a trip to the international music festival V-ROX (www.vrox.org) to Vladivostok in May 2021 – Sasha Shalneva (Moscow). Sasha created 3 original T-shirt designs: 1- with the encrypted name of Mumiy Troll band, code, by which fans of the band will be able to recognize each other; a song Devochkodrug inspired the second drawing; and the 3rd drawing was inspired by Voina chelovechkov composition.

2nd place, a professional traineeship in Solstudio Textile Design – Snezhana Markevich (from Dolgoprudniy). Two works of Snezhana are dedicated to Mal’chik-soldat and seasickness, and the 3rd one tells about the nature of Primorskiy kray.

3rd place, a print-run of author T-shirts with the winning drawing from the partner of the competition – Epson company - Daria Kapustina (from Moscow). Daria suggested 3 ideas: a sailor top with the stripes, the sound tracks of the first album ‘Marine’ became the stripes for it, the track order has been maintained, associations on the sea and Vladivostok topics became the inspiration for other 2 works.

Special prizes, kits of souvenirs will be presented to Anfisa Lanno, Alena Medvedeva and Veronika Kemskaya. Also it was decided to present one more prize – a ticket to the upcoming concert of Mumiy Troll concert in Moscow. The ticket will be gifted to Kseniya Herz, who implemented a trick og augmented reality.

All the works can be viewed at https://solstudiodesign.com/award/participants/. 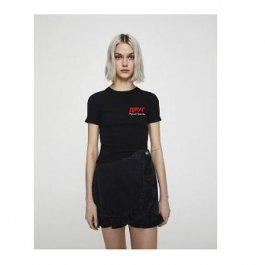 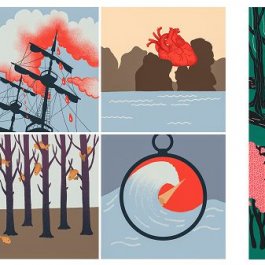 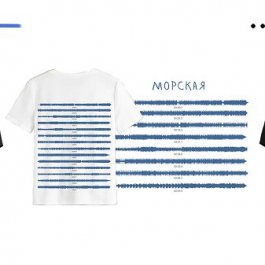